Choosing The Type Of Television Ministry You Want To Be

Beginning a Christian television ministry can be complicated, but you can make it easier on yourself by planning very well and doing research ahead of time. You'll need production facilities and either your own broadcast studio or a contract with an existing channel (major networks may not have room for you, but look at public access stations that allow the public to create their own shows). But most of all, you'll need your sermons and shows all ready to go, and for that, you'll need to choose which type of ministry you want to offer.

Basic Services in One or More Denominations

Your starting point as you begin your television ministry is most likely to be a basic sermon-type show, where you offer one sermon that can be rerun throughout the week. As you gain more of a following, you can expand to more sermons and even have additional preachers and pastors come in to give sermons for other denominations. If you're not sure where you want to take your television ministry, start small and add on from there, as you see fit.

Reaching out in Multiple Languages

You may want to create programs in multiple languages to reach a wider audience. English and Spanish services are already the norm; see if you can include services (either offered in or subtitled in) like additional languages that you know are spoken in the viewing range. If there's a large population of people in your broadcast area who speak mainly Korean, for example, you may want to have your sermons subtitled in or refilmed in Korean by fluent speakers. There are only so many programs you can fit on a TV channel in one day, but you should aim to make them as inclusive as possible. Many people have limited English and Spanish ability, and presenting a sermon they might want to watch in their first language is very nice.

It's possible that the best form of TV contract for you is with a channel that wants general programming but with a Christian influence. This allows for so much more creativity, and you may find that you really like this type of ministry. It's less direct in many ways but also more engaging for viewers who don't like straight preaching. It can also be funnier or more in tune with what viewers like to watch, rather than what they feel they have to watch. You can try to schedule plain preaching as well, but the variety of shows lets you create something for everyone. The one issue is that now you'll need more people working with you to create shows and scripts.

Televangelism allowed preaching to reach those who don't or can't normally go to church. It's an ever-changing field, and finding a good television station and production studio will help you solidify your vision for outreach.

Read in about 3 Minutes 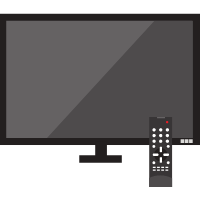 Almost everyone watches television and for many people having reliable and affordable TV service is significant. We aren't television service providers, we just like to watch TV too and that's why we created this site. We gave up hours of television viewing just so we could do the best research possible for this blog. You'll learn unbiased information about the different types of TV service that's available. You'll discover tips for choosing the best programming plan, how to get the best package for your money and how to decipher confusing contracts. We don't play favorites, because everyone has different priorities when it comes to their TV programming and we hope this blog helps you choose the one that's best for you.